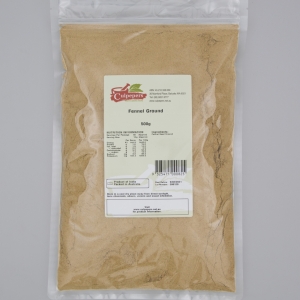 Often used in pasta dishes, seafood and in potato salad. Also added to breads or biscuit, in Italian sausages or Malay curries.

It is the official compound ingredient in Liquorice.

It mixes well with many spices such as allspice, cloves, cumin mustard, paprika or turmeric.

It is said to improve eyesight.

In olden days it was believed that boiled seeds soaked in wine was a remedy for people whom have eaten poisonous herbs or mushrooms.

Fennel is also supposed to help improve the condition of the liver, spleen and gall bladder. Could also be effective in managing gout.

In Greek Mythology, Prometheus used the stalk of a fennel plant to steal fire from the Gods and share it with humans.

Fennel is also used as a flavouring in some natural toothpastes.

Also used to flavour some medicines so as to improve the taste.

Fennel bulbs are harvested when they are bigger than a tennis ball.