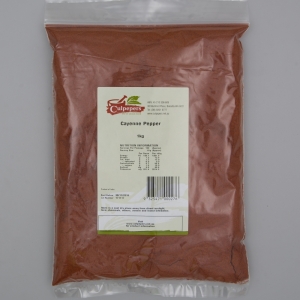 Mostly used to make foods hotter to the taste. Often used in Salsa and Curry,

It is the main ingredient in Tabasco sauce.

Relieves indigestion and clears the sinuses.

Named after the French Guiana capital and has been used by South American Indians for over 5000 years.

Cayenne pepper and Espelette pepper are very similar. The Espelette chilli is grown in the Espelette region in northern France by the Basque's.

Culpepers advises the responsible serving of peppers and chillies.