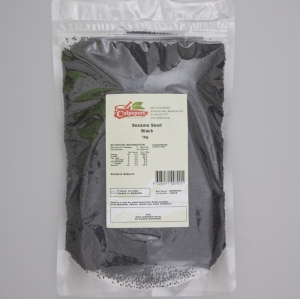 The same as traditional sesame seeds. The are great as a sprinkle when baking bread, buns and pies.

Add to salads and often used in meat marinades. They add a gentle nutty taste and texture to foods.

Rich in some the vitamin B's.

Black Sesame Seeds are also known as "Kala til"