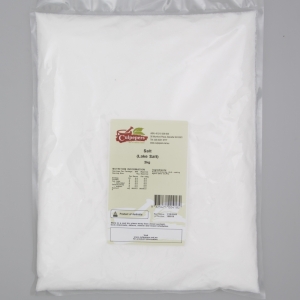 Table salt is used extensively in cooking as a flavour enhancer and to cure a wide variety of foods such as bacon and fish.

This salt is 1mm (maximum) particle size. It has a flowing agent, Silicon Dioxide.