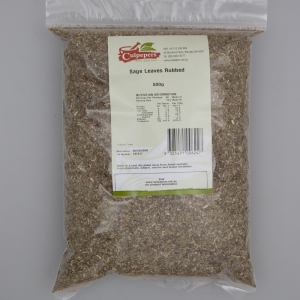 Often added to meat and especially sausages. As well as adding flavour, it can also reduce spoilage as it acts like a preservative. Great in bread products, scones and dips. Also delicious with eggplants and tomatoes.

It has a savoury, astringent flavour with hints of peppermint.

It is a natural antibacterial agent and antioxidant. Clears a throat inflammation and can help fight the common cold.

Should not be taken during pregnancy.

As well as flavouring food, it may assist with women's fertility, warding off evil spirits and treating snakebites.

A Sage is also the term used to describe a truly wise man.

Sage is also the name of a fictional character in X-Men.

During the 16th century, sage tea was really popular in England, while in China, they started to be fond of it during the 17th century.