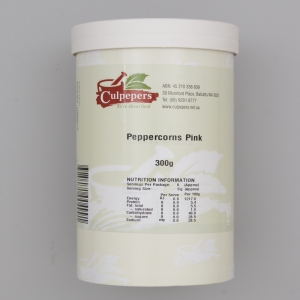 Mostly it is used to add colour to a peppercorn medley. It has a pine-like flavour.This pepper is really salty!

It can be added to any fish or game recipes.

Unless it is grown under prescribed conditions, consumption of the berry may cause an allergen reaction.
Brazilian pink pepper has an aromatic sap that can cause severe skin reactions.

In 1982 the USA FDA banned Brazilian pink peppercorns that were grown in France because they failed to grow them under the prescribed conditions.

In the past, native of South America used the peppercorn tree berries to flavor alcoholic drinks.