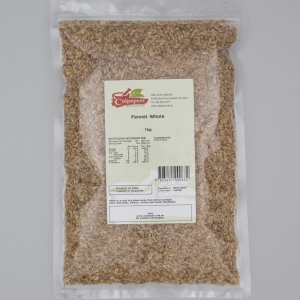 They are used in cooking and sweets deserts. They also can be added to soups, breads, sausages, some pasta or tomato dishes.

It may have diuretic properties and is great for fighting urinary tract infections.
It is reported that it also good as a laxative.
Gripe water is made from drops of Fennel Oil added to distilled water. Can also be used to make a herbal tea used to calm the stomach and bowel.
Incense from burning fennel may be good for respiratory disorders?

AKA Fennel seeds, however it isn't a seed, but actually the flower or the fruit of the plant.

The Greek name for "Fennel" is "Marathon". The subsequent sport event literally meant a race across the plains covered with "Fennel"
In Greek Mythology it was a burning stalk of fennel that Prometheus used to give fire to humans in contempt of the gods.

The word "fennel" derives from the Roman word for "fragrant hay". During the 16th century, in Italy, fennel was a symbol of flattery.

The oil extracted from fennel is used in nonalcoholic drinks and even ice creams.

Ironically, fennel is regarded as a weed in Australian.