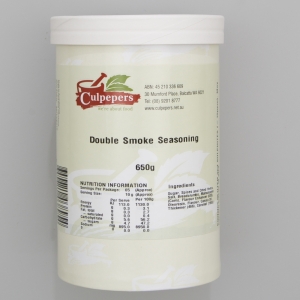 Apply as a meat rub prior to cooking.

Cook longer on a low heat to allow a deeper penetration of the strong smokey flavour to meats.

To be called "Smokin Hot" is regarded as being described as being very sexy. It's generally a term applied to female humans, but you can use it as a way to describe this male writer... if you'd like.

Culpepers' Double smoked seasoning comes from imported products and they are blended in Australia.