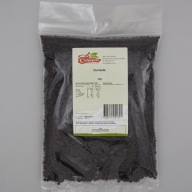 Currants are a great source of Vitamin C.

Currants are a good diuretic and may improve blood circulation.

Currant, was also the name of the currency for an online game "Glitch.

Don't confuse currents with currants. The first gives you power, the second gives you energy.

Currants are one of the oldest known raisins. The first record of it was in 75 CE by Pliny the Elder who was a Roman author but also a naval and army commander.