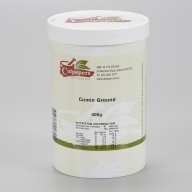 May be used to treat diarrhoea and indigestion. Could promote weight loss.

Before the Egyptians started to use cloves and cinnamon during the mummification process, they used cumin.

In the 19th Century young scholars would smoke Cumin seeds to give themselves a pale complexion. Tutors would assume they were studying late into the night when they were actually entertaining. Culpepers do not recommend this practice.

It was believed to prevent lovers from becoming fickle.