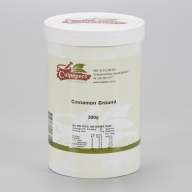 Used in dessert recipes such as apple pie (my favourite food). Applied to sticky cinnamon buns, tea, coffee and liquors.

It can be legally called cinnamon as it comes from good quality, dried and rolled bark off the Cassia tree,Cinnamonum burmanii.

Ground Cassia is also known as Bastard Cinnamon. It is cheaper and has a stronger flavour.

There are a lots of confusions between Cinnamon and Cassia, even the experts does not know how many species are existing. There are from 50 to 250 types of cassia and cinnamon.