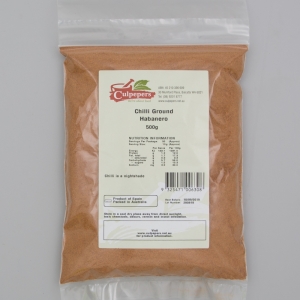 They are often used in Mexican Cuisine and in particular Cowboy Beans and Enchilada sauces. Along with the extreme heat it gives off a citrus flavour.

It is even used to give tequila and extra kick.

Over use can cause sweating, nausea, stomach pain. Use milk or other dairy to dilute its strength, before or after consumption.

The fruit is bright red and shaped like a small lantern.

It is named after the Cuban city of La Habana AKA Havana.

It is thought to be of Mexican origin but it is now widely cultivated in Spain.

A SHU is a Scoville Heat Unit. It is the way they measure the heat in chillies.