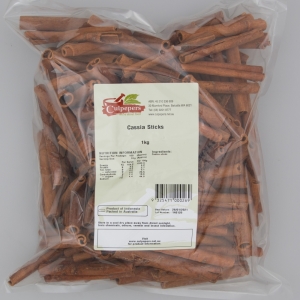 Freshly ground, it is used in pastries, cakes and enhances the flavour in fruit and chocolate dishes. Often used in curry and sometimes used on a coffee.

Also known as "Bastard Cinnamon". It has a much strong aroma than cinnamon even if they both mix up because of their appearance. Both of them are said to be among the oldest of spices.

In Khe Dhu, in North Vietnam, people gather up large dry cassia leaves and put them into their shoes so it can fight the smelly odors from the feet.