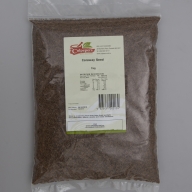 Used to flavour bread products, cheeses and is especially nice on roast apples.

Could be used to combat Flatulence or sooth upset stomachs and assist digestion.

The Caraway Oils were once used as a "Love Potion" and was thought to prevent lovers from getting separated. Due to its "staying powers", seeds were also used to feed homing pigeons, to encourage them to return to their cotes. Oils are also reputedly great for smoothing out facial wrinkles.

Ann Boleyn slipped caraway beverages to Henry the 8 TH of England to cure his indigestion and hiccups.

The plant roots are eatable and strengthen the stomach and are particularly suited to elderly people.